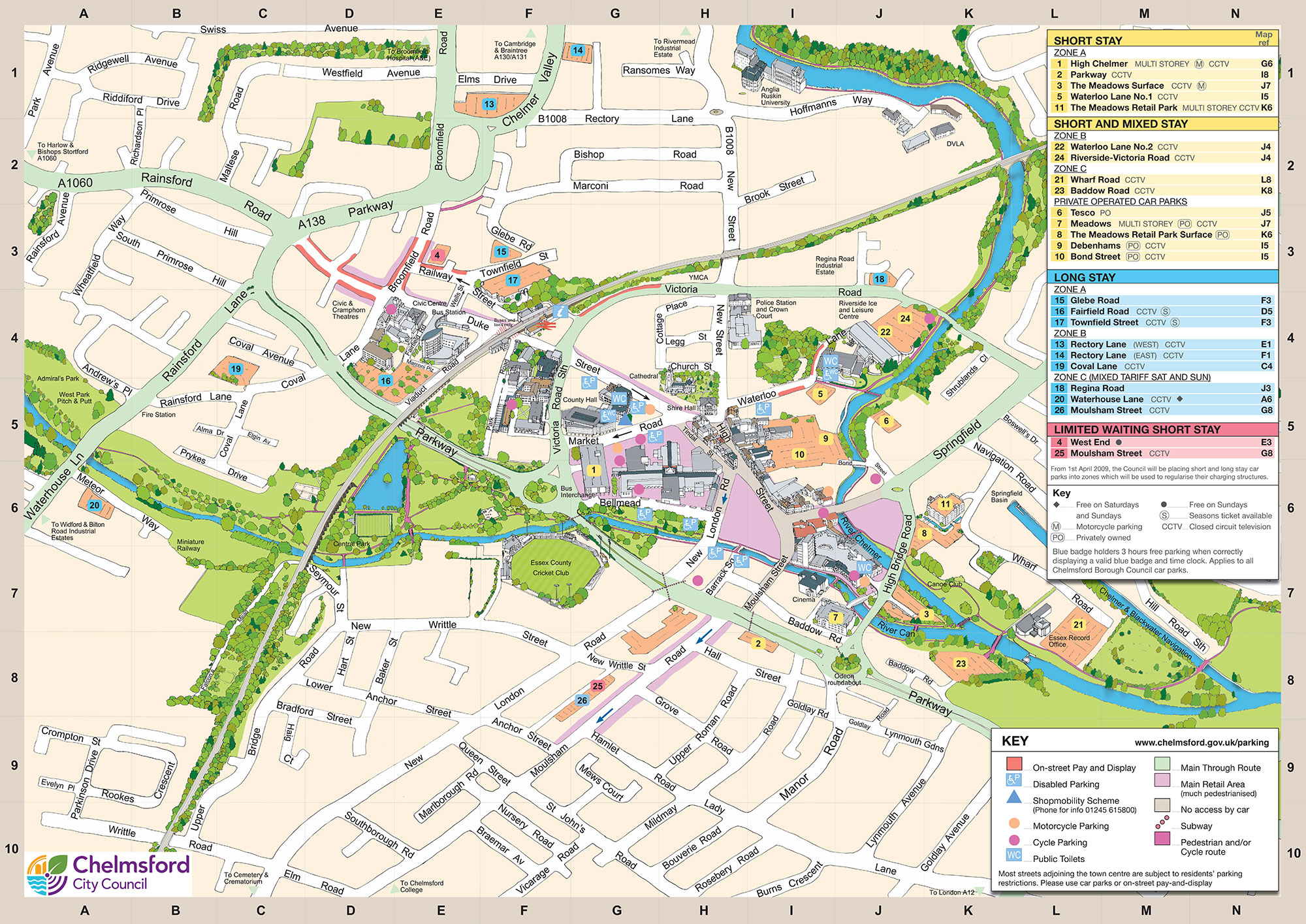 Due to the success of the 3D map a further map was commissioned of a wider area, which was to be less detailed but obviously of the same family.

We created a map in 2D adding certain buildings in 3D which were in the extended area but also copied and pasted certain areas from the original 3D map into the new map. See Chelmsford in 3D Classic Style.