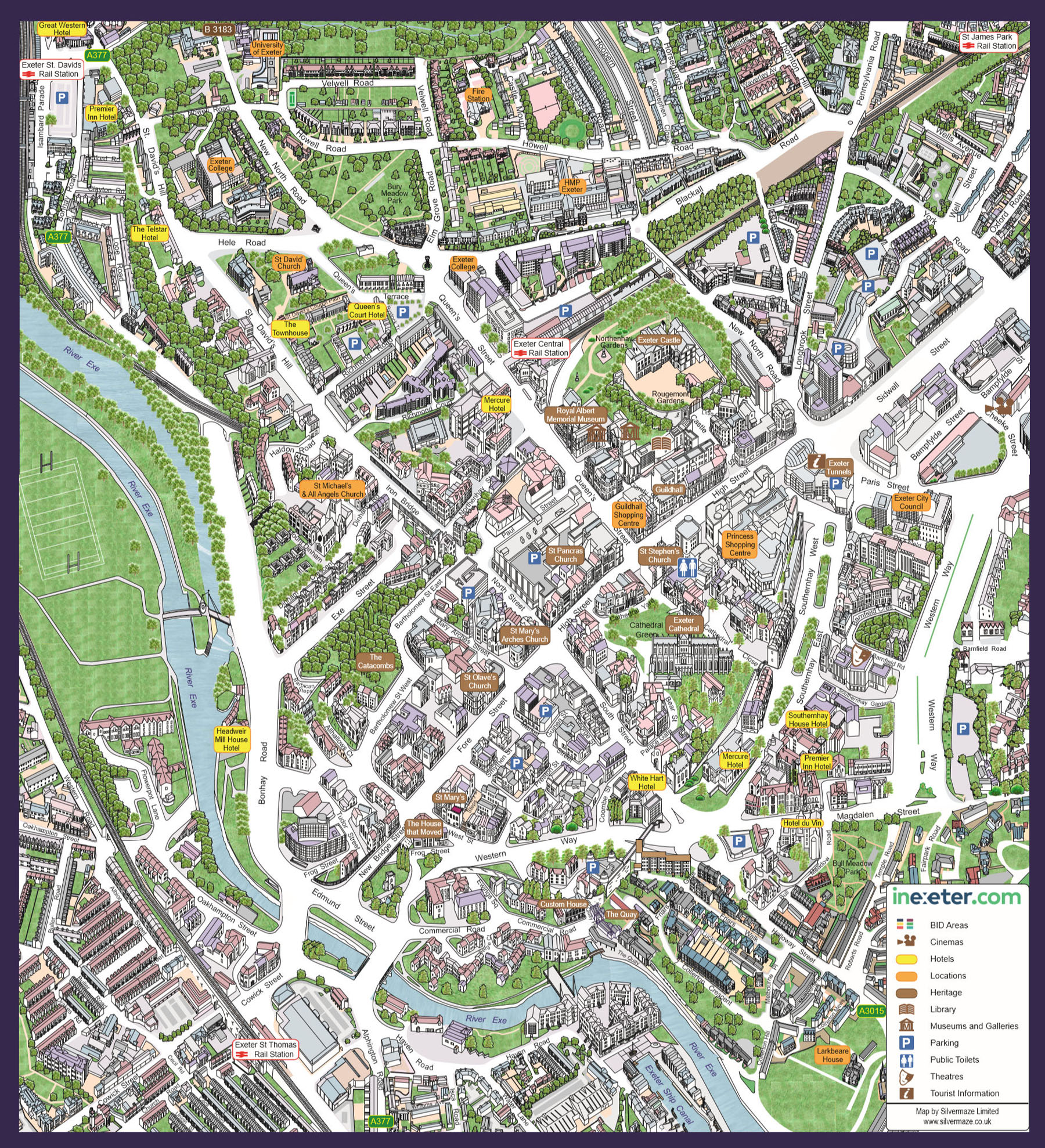 The first Silvermaze version of this map was in 2001 in our Classic Style at which time we had not developed the Modern style of today’s map. While in its original form we were asked to redraw a huge part of the town centre from architectural drawings. These maps were placed at intervals around the construction site so the public could understand the final concept and how it fitted within the town centre.

We changed the map style of the immediate town centre for a local project, which was seen by Exeter BID who asked us to increase coverage to the BID area, then because of its popularity increased it to an area which included their four rail stations.