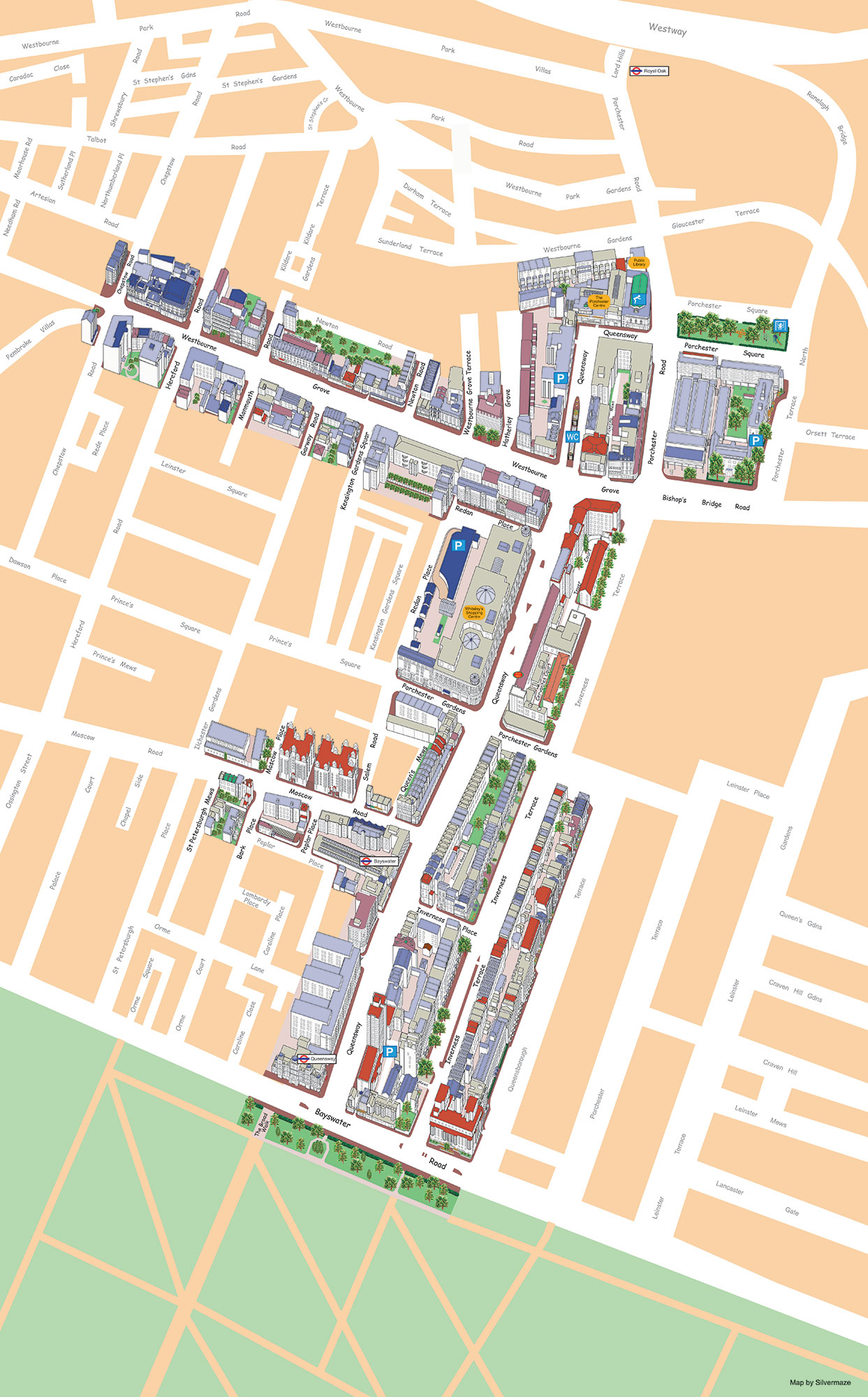 To create a map of Bayswater proposed BID area for the BID’s manifesto.

We felt the map needed the 2D element to aid orientation, which was drawn in pastel colours to project the BID area. The 2D element was placed on a separate layer so the map could be easily produced with or without it.