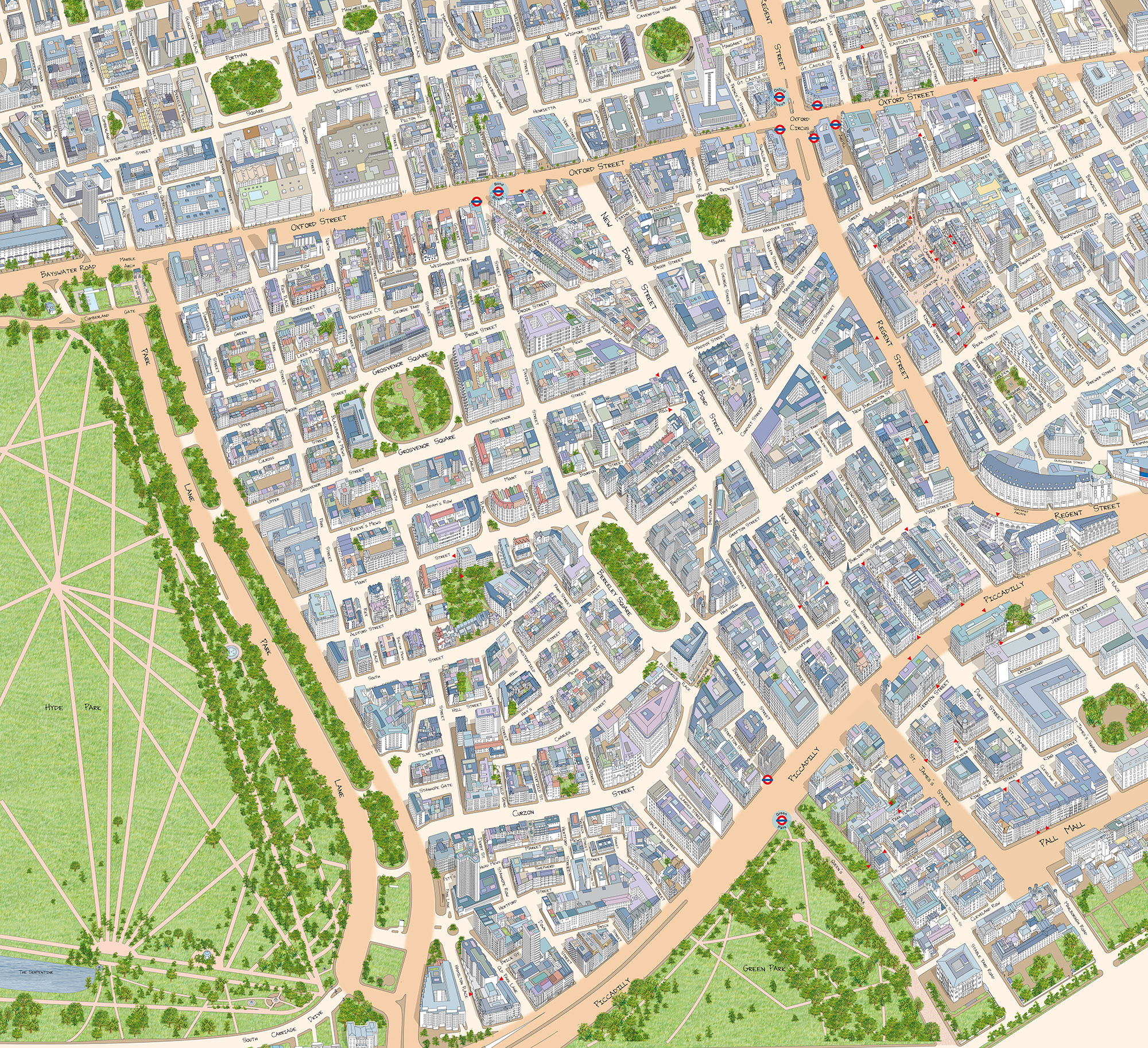 The Covent Garden map had been so well received by users that Silvermaze decided to produce a second area.

Our greatest non-client accolade! Simon Foxell, a leading member of London’s Architectural think tank and a past-Chair of the Royal Institute of British Architects, is author of the book Mapping London – Making Sense of the City. Published by Black Dog it is an anthology covering six-hundred years of London Mapping. From the many thousands produced over the six centuries 150 maps were selected for inclusion, our London Mayfair being one.
The Independent Newspaper in their colour supplement, four-page book review, included just eight of these maps. Again London Mayfair was selected and they thought it “The finest example of 21st century 3D mapping”.